“If the prime minister and the home minister had spared a few minutes in addressing the concerns of the members, the last session would not have ended in fiasco,”:JohnBrittas MP – Kairali News | Kairali News Live

“If the prime minister and the home minister had spared a few minutes in addressing the concerns of the members, the last session would not have ended in fiasco,”:JohnBrittas MP

John Brittas represented CPIM  in the all party meeting ;John Brittas MP, who spoke at the meeting, said that the “centrality” of the Parliament has to be regained. Criticising the government, the Rajya Sabha MP said the treasury benches should learn to listen to the opposition. According to sources, he said that the government had rejected the opposition’s demand for a debate on Pegasus spyware and the farm bills in the monsoon session saying they were “irrelevant”. On Pegasus, the Supreme Court has ruled underlining the importance of sharing the details and the prime minister himself addressed the nation withdrawing the contentious farm laws. “If the prime minister and the home minister had spared a few minutes in addressing the concerns of the members, the last session would not have ended in fiasco,” 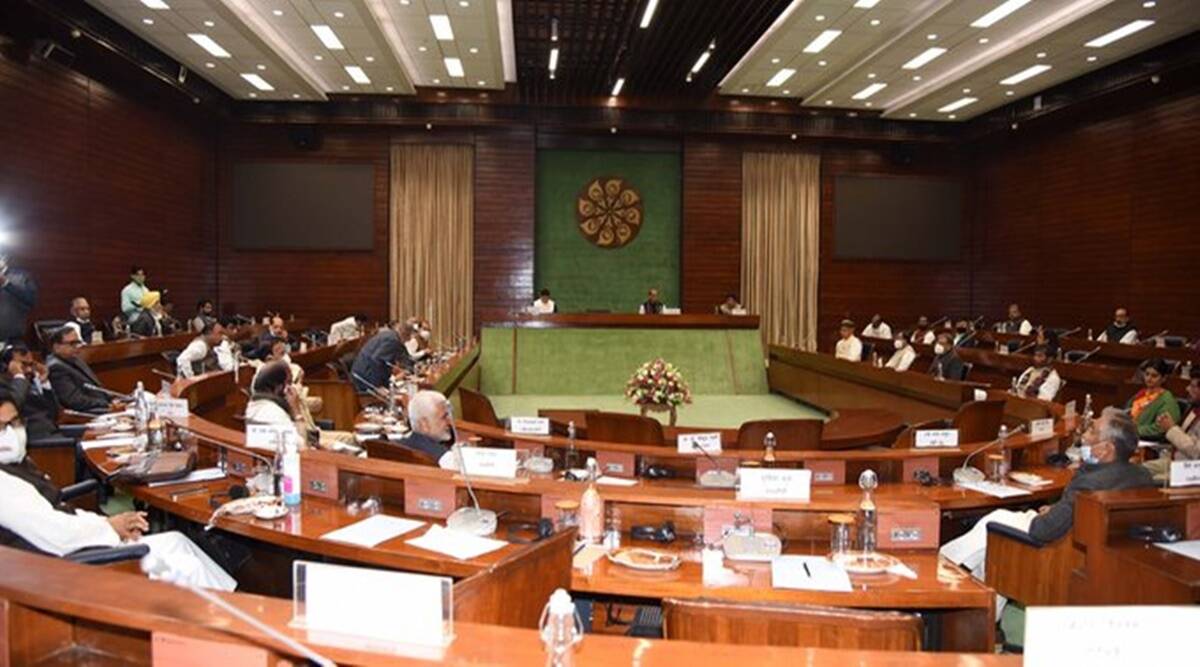 I May be a relatively new member but have been part of the Parliament since 1988. Never in the history the Parliamnet has come under such a scrutiny.

I have personally seen as a journalist how leaders like Vajpayjee and Advanjee conducted themselves when they were in Givernemnt . Rajnathsinghji have been part of it . Vajpayeeji often referred to Nehru for the respect he bestowed on the Parliamnt. The way Nehru sat through listening to members . Rajnathji.. now a days parliament has been craving to have a glance of the hon. pM .

The centrality of the Parliamnt has to be regained . As the leader of BJD , Prasanna Acharya , who offer constructive support to u have said , fundamental responsibility of running the parliament rests on the Government. Pl listen to them atleast . steps have to taken for meaningful debates and due deliberations over legislations. The last session was washed out due to the adamant stand of the Government on two issues – Farm bills and Pegasus. We all know what happened to these issues . You said these were irrelevant issues – on the Pegasus , the Supreme Court ruled and underlined the importance. Second issue – Farm bills , your PM himself came forward and addressed the nation . If the pm or HM has spared few minutes in addressing the concerns of the members , last session would not have ended in a fiasco.

As I said , whole nation is watching . Can we ignore the references of the Hon CJ ? The Parliamnt has reached a stage where the Chief Justice of India N.V. Ramana on 15 the August had to lament the “sorry state of affairs” of law-making and Parliamentary debate in the country, saying there was “a lot of ambiguity in laws” which was triggering litigation and causing inconvenience to citizens, courts and other stakeholders.

“Now it is a sorry state of affairs. There is a lot of ambiguity in the laws. We don’t know for what purpose they are made. They are causing a lot of litigation and inconvenience to the people, courts…” Chief Justice Ramana said. He further said yesterday that legislature does not conduct studies or assess the impact of laws that it passes .

We cannot be aloof from all these observations. As a party we want discussions on all major issues from agrarian distress to the threat of Covid third wave. Inflation and price rise . Selling the assets of our country, attack on minorities, ordinances for extension to CBI, ED Directors bypassing the Supreme Court direction . Militancy in Kashmir , subversion of democracy in Tripura , protection of the privacy of citizens . As TR Balu said We are also for discussing Mullapperiyar- we want to give water to TN and safety to people of Kerala . We support women reservation bill . Many controversial bills like Electricity amendment bill need to be reviewed or withdrawn by Governemnt . Pl make sure MSP be given statutory basis and let me tell you Kerala gives the highest support price for paddy .

Bills have to undergo Parliamnt scrutiny . For due diligence Standing Committee and select committee have to be relied upon . Previously 60-70 percent bills were referred to the Committees. In this present Loksabha hardly 10 percent bills were referred . We are baking legislations prompting the Hon Supreme Court to point their finger at us . We all know what happened to the farm bills . Sept 20 , 2021 not even a division was allowed in Rajysabha . We should erase the blemish and reinvigorate the Parliamnt democracy. There is an assault on Federalism . Article 1 of the constitution says India is an union of states. But assault on the powers of the states. Invading to the state lists . This has to stop .

And another important point – we shouldn’t ignore the Media . It’s the fourth pillar of democracy. The restrictions have to be eased and they should be allowed entry to Central Hall .